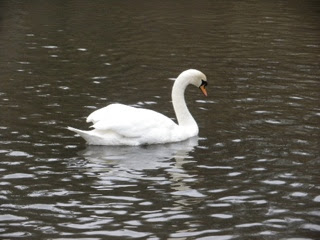 John 11:21-27, 38-40
Martha said to Jesus, “Lord, if you had been here, my brother would not have died. But even now I know that God will give you whatever you ask of him.” Jesus said to her, “Your brother will rise again.” Martha said to him, “I know that he will rise again in the resurrection on the last day.” Jesus said to her, “I am the resurrection and the life. Those who believe in me, even though they die, will live, and everyone who lives and believes in me will never die. Do you believe this?” She said to him, “Yes, Lord, I believe that you are the Messiah, the Son of God, the one coming into the world.”
Then Jesus, again greatly disturbed, came to the tomb. It was a cave, and a stone was lying against it. Jesus said, “Take away the stone.” Martha, the sister of the dead man, said to him, “Lord, already there is a stench because he has been dead four days.” Jesus said to her, “Did I not tell you that if you believed, you would see the glory of God?”

Martha - one of the first proclaimers of faith.
Martha - proclaimed Jesus as the Messiah
before she witnessed
the marvellous resurrection
of her brother
Martha - often overlooked
for her great faith
because of her busyness.
Because, as well as a proclaimer of faith
she was a doer of good works.
Martha,trying to be practical
Trying to be faithful
Trying, trying, trying...
to be all things to all people
Mourning her brother
Caring for her sister
Feeding the mourners who came
to be with them
Going to meet Jesus
excusing him for not being there
and for not having returned sooner
Trying desperately
to make everyone feel better
The reconciler
The excuser
The peace maker
Even,at the last,
giving Jesus a way out:
"Lord, there is a stench"
And learning
so powerfully
that resurrection
involves pain
involves stink
is hard work.
Resurrection- not for the faint hearted!

liz crumlish
Prestwick, Scotland, United Kingdom
Constantly trying to escape the boxes that others construct and live as beloved of God. Love to process life and faith while walking the beach.