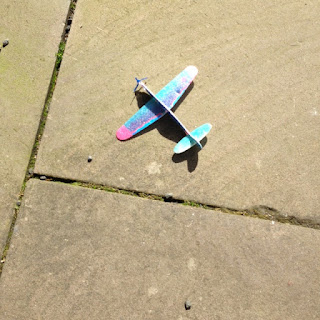 One of the important and greatly appreciated aspects of Path of Renewal has been the opportunity for colleagues to travel together in a supportive, collaborative and non competitive way - something rarely encountered in ministry.
This is achieved through one to one mentoring and by facilitating learning communities in which ministers share their vulnerability,  hold one another accountable for spiritual practices, pray for each other and help discern and follow God's purpose for their lives as individuals and in the communities they serve. This is a vital part of the role to which I have been called, alongside all the theology, teaching and reflective practice.
A popular myth in Presbyterian circles is that Presbyteries were set up to fulfil a similar role. That is not something that has been my experience or the experience of colleagues I encounter. Indeed, particularly since I left parish ministry to follow God's call into the work of renewal, I have encountered suspicion and dismissal by some colleagues and indifference from others. Like turkeys voting for Christmas, it seems that envisaging ministry other than in a call to a parish setting is a step too far. And so, Presbytery Planning is devoid of vision and imagination, compelled by market forces and fuelled by statistics of decline.
Whilst I believe in the God of resurrection and redemption, I have little faith in the ability of Presbyteries to be anything other than gatherings where power play is at large and where those who refuse to play are cast adrift. However that does not mean that I do not have hope that, in spite of such a poor vehicle for renewal and reform that God's mission will be accomplished. My fear is that we spend all our energy trying to fix up something that is broken beyond repair and miss the fresh winds of God that are carrying us in a whole new direction. Perhaps we should be seeking not reform or repair but the birth of something new. Resurrection will not come unless we first make way for death.
Ephesians 4:15,16
Speaking the truth in love, we must grow up in every way into him who is the head, into Christ, from whom the whole body, joined and knit together by every ligament with which it is equipped, as each part is working properly, promotes the body's growth in building itself up in love.
Posted by liz crumlish at 17:57 No comments: