Can't see the forest for the trees 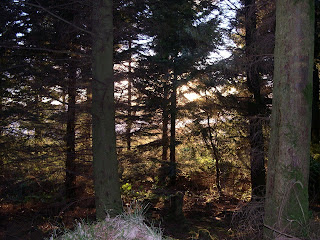 Isn't it funny how, when you are in the thick of things, its hard to get a proper perspective. And then, a chance comment, a throw away remark leads to one of those "aha moments". Suddenly things are much clearer and sense returns.
A friend and colleague, possibly with a little nudge from God provided one of those Godincidences today.
I've been trying to justify, as much to myself as to anyone else, the diversity I've introduced in worship - times, formats, target groups...
I love it - but was it right?
Suddenly, as my friend spoke of " the constant core", it struck me that that's what its about. Its not just about satisfying my creativity or allowing me an outlet. Its about allowing others choice in the way and the place and the time they experience God's spirit in worship. And while some of those ways might be new, a response for a particular place and a particular people in a particular time, there are always elements of something ancient, something pervasive. Something that can stand being re packaged for a new generation but that, nonetheless remains true to generations who have always sought the mystery of God, who have always reached out to something other beyond themselves in which to seek refuge, from which to gain strength. Maybe that's why I feel we need so much more, not less. And why I am re-energised by continuing to offer more and create more opportunity, always looking for other ways to reach and tantalise that spiritual hunger lying dormant.
Posted by liz crumlish at 17:37 1 comment: 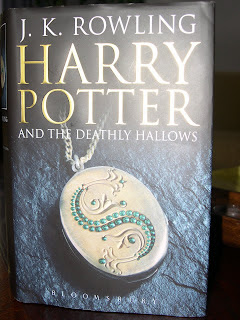 Work kept interrupting. Another masterpiece from J K Rowling and a fitting end to the HP series.
My son has warned me that I mustn't spoil it for those still reading but that's something HP fans would never do. I was totally captivated by the plot yet again. And, thankfully, the happy ever after ending I kind of expected to conclude the series didn't materialise.
In the run up to its release I was, for once, unaware of the kind of hype and criticism that has surrounded the other books and films in the series, coming from opposers of the dark arts. I have never seen anything in these books and films to suggest that youngsters will be led into the practice of black magic and all that hocus pocus. A delve into christian history would, I suggest prove a lot more damaging to young minds as they try and grapple with the forces that drove people through the ages to commit slaughter and atrocities in the name of their god. And, unfortunately, there are still plenty of contemporary acts of genocide, ethnic cleansing and terrorism committed in the name of religion.
Harry Potter has, rather, been a welcome and entertaining diversion in the grind of life and work. I am sorry that this is the last book but, agree that its time to end the saga. And what a great job JK Rowling has done.
If you're still reading - enjoy!
Posted by liz crumlish at 15:40 5 comments:

Whenever you see a rainbow? 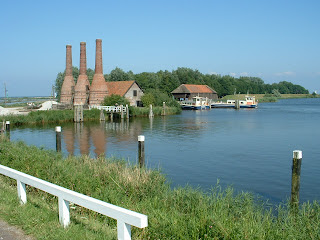 Having just returned from a country that exists mostly under sea level, witnessing the unfolding drama in parts of England is incredible. Its hard to conceive of the scale of devastation being wrought by relentless rain and rising river levels. And then the knowledge that, in the midst of all that there is a shortage of clean water.
What is being demonstrated is how resourceful people can be, how upbeat amidst tragedy and loss. To see and hear folk being philosophical, retrieving what they can and moving what they can't and accepting their lot makes me wonder what I would do. How would I cope. Could I be so resigned. What are the important things and what would I want to save? Thank God for folk who are resilient in adversity. I hope the worst is over and that, as a nation we can learn how to avoid such catastrophe in the future - and be willing to pay not just for the clean up but for long term prevention.
What was that promise associated with the rainbow?
Posted by liz crumlish at 23:53 No comments: 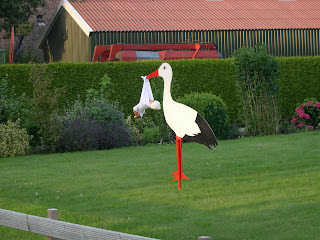 In the rural part of Holland where we've just spent the last couple of weeks, we discovered some lovely Frysian traditions that villagers maintain:
Church bells are rung at 8am, 12 noon and 4pm. Once upon a time this was for the benefit of farmers out in the fields without the aid of modern time pieces. Not necessary now but still done.
Church bells also ring in a village when someone dies. Three peals for a man, two peals for a woman and one for a child, so that folk, aware of someone's imminent demise can discern for whom the bell tolls in their community.
This stork did the rounds while we were there, appearing in two different gardens announcing a birth. A blue or pink scarf usually denotes the baby's gender.
Quaint yet meaningful traditions preserved by modern villagers that speak of a sense of pride in the richness of the past as well as a real connection and continuity with the present generation of inhabitants.
It seemed to me that one function of maintaining tradition was to help maintain something of community too. An interesting thought in the disconnected lives we live.
Posted by liz crumlish at 20:43 1 comment: 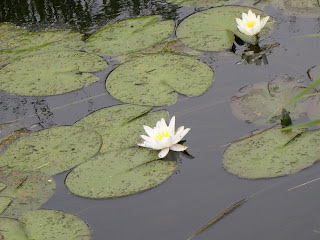 We've just returned from a wonderful two weeks in Holland. The trip was planned but I expected to be blogging while I was away. But, as Robert Burns wrote: - "the best laid schemes o' mice and men gang aft agley"
My mobile decided to stop sending or receiving texts and only allowed me limited web access. Such is life. I was forced, once again, to appreciate simpler things.
Holland has suffered from unremitting rain this summer as well as the UK. However the two weeks we were there were glorious. We got to see some beauties of creation and enjoyed chilling and cycling at a real slow pace. And although I am not happy with my cell phone provider, perhaps it was better to be really switched off for a couple of weeks. Its certainly done no harm!
Posted by liz crumlish at 19:30 2 comments: 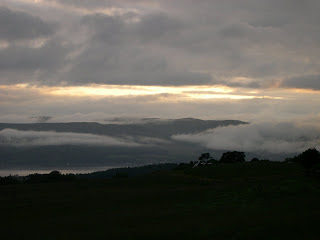 A dreich Scottish day was brightened up by a look at a website paying tribute to John Smeaton, the Glasgow Airport worker who tackled one of the terrorists at Glasgow airport on Saturday. One of the comments suggests that nothing would come between a weegie (Glasgwegian) and his cheap last minute package deal. There is also the suggestion that terrorists made a mistake coming to the west of Scotland where they would not get away without a fight whereas over in the east, (Edinburgh) folk would have run for cover rather than tackle a perpetrator. The comments are hilarious and demonstrate how there is nothing that can dampen typical Glasgow humour. Some folk, however may need an interpreter to work them out! Check it out at: http://johnsmeaton.com.
Posted by liz crumlish at 22:56 5 comments: 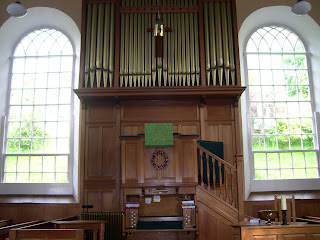 This morning, halfway through the Old Testament reading, I realised that folks' attention was on something else. We have two splendid clear glass windows behind the pulpit. Two deer were ambling past. So we paused for a moment to listen to God speaking through creation before returning to the Scripture.
If only we could be so distracted by God in our everyday tasks.
Posted by liz crumlish at 17:42 8 comments: