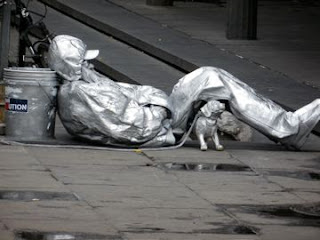 I have a confession: I have read and, wait for it, enjoyed the 50 shades trilogy. I read them before I was aware of all the controversy and publicity that has surrounded them and contributed to their popularity and escalating sales.
Deflecting good natured criticism from colleagues, I suggested, tongue in cheek, that I would write a theological exposition on the books finding in the books, as I did, themes of healing and forgiveness, of redemption and the transforming power of love. As well as movement from darkness into light.
Today, on a leadership course, I was reminded of another useful concept from 50 shades - the efficacy of solutions focussed coaching rather than problem focussed. The vulnerable Christian Grey in 50 shades while undergoing therapy begins to experience healing when he is encouraged by his latest in a whole string of therapists to move from concentrating on how he has become so damaged and turn his attention to how he wants life to be, seeking a solution rather than dwelling on the problem. Working that premise through today with a colleague in a training session opened up real possibilities and gave cause for optimism. Another positive from 50 shades!
Posted by liz crumlish at 22:28 No comments: 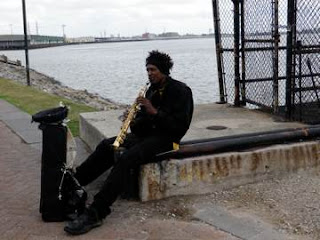 I have long admired street artists - especially the musicians. I rarely pass without giving them something for their effort. Of course there are the usual frauds, folk who have picked up a cheap instrument and can barely hold a tune - like the squeeze box player in Ayr High Street who has one snatch of a tune that she plays over and over again. There is also, in the street artist population as in any other subset of society, those with mental health issues, forced onto the street by their inability to conform to societal norms or who refuse to wear the strait jacket that might enable them to "fit in".
But in my rose-tinted romanticised view I see street artists as free agents, liberated to indulge their gifts and to share those gifts to lighten others' days by providing bright spots in otherwise gloomy landscapes.
In street artists I see the calling fulfilled that belongs to us all - to share our gifts for the benefit of others, creating a world in which our mutual sharing lightens the load and makes each day that bit brighter. We are all called to practice our street artistry.
Posted by liz crumlish at 17:05 1 comment: 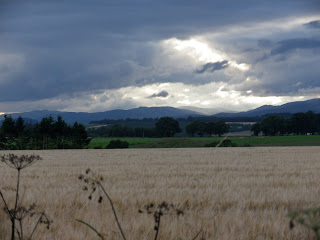 Walking the dog, I am always amazed by her eagerness to walk at least 4 times as far as I do - running on ahead, tracking back, foraging off at tangents. Always anticipating an adventure. Reminding me of a line from Wendell Berry's poem Manifesto. "Be like the fox who makes more tracks than necessary some in the wrong direction. Practice resurrection"
How transformative would it be if we were so careless with our energy, so easily distracted, so relentlessly hopeful.
What if, even in the midst of clouds, we retained the awareness that the sun is only temporarily obscured and let that knowledge affect how we expend our energy - unafraid of the extra trails but ever hopeful. Knowing that death is already defeated and that every new trail brings life-filled adventure. Daring to practice resurrection.
Posted by liz crumlish at 22:13 No comments: 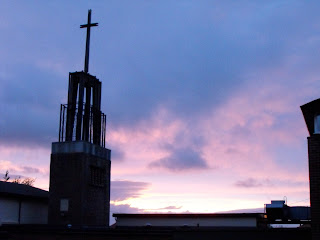 Folk often ask me: What do you like most about ministry? In a week when it seems easy to name those bits I don't much like, it's a good counter balance to reflect on some of my favourite things: 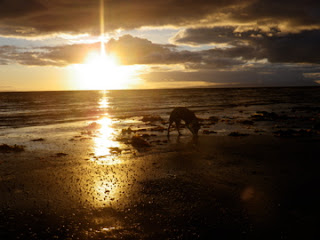 One of the best things about summer, for me, is that there are very few evening meetings. That allows time for leisurely meals after a days work, long walks, time to read and, this summer, time to catch up on Twilight DVDs! I've also spent lots of time sitting in the garden until gone dark, something that could conceivably be done after an evening meeting but usually, by the time I get home, my head is too full to switch off and relax. This week sees the return to a fuller schedule and the loss of relaxed evening hours. The theory is that evening work time should be recouped during the day but that simply doesn't work - in theory or in practice. However, before I get too maudlin - I give thanks for the space I've enjoyed, for the opportunity for rest and renewal and I look forward to a time of transition - a time of easing back in gently to all the opportunities that abound as evenings become again filled with work.
Posted by liz crumlish at 15:14 No comments: 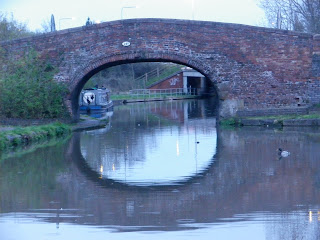 Following on from my last post... I discovered this reflection I wrote back in January 2010. Not sure why I didn't post it at the time...

They say it’s no longer an issue
But that’s just the men
We women know the truth
that they refuse to acknowledge-
That they are the esteemed,
the honoured members of the exclusive club
the ones who make decisions
who hold our future in their hands
In a church that claims to value
the gifts of all God’s people
those who are in reality acceptable
have to have the correct anatomy
and those of us missing that significant little feature
can run around in circles
loving, caring, making a difference
but not to the institution.
We can get close to the people
live out the incarnation
but be rejected and despised
by colleagues whose positions we threaten
Our warmth and sensitivity,
our caring and compassion
are looked on with suspicion at best,
contempt at worst..
They bury their heads in the sand
and deny the truth
gush about being open and affirming
while firmly closing ranks.
We are not interested in competing,
but a leveling of the field would be good.
or at least the honesty to own
that the ceiling has not disappeared
not even been lowered
but is still firmly in place and being reinforced daily.
Liz Crumlish January 2010
Posted by liz crumlish at 20:10 4 comments: 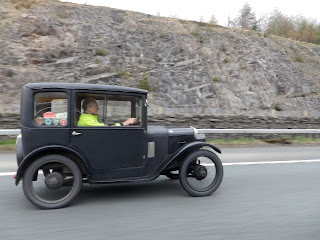 I was painfully reminded recently of how accustomed I've grown to gender discrimination in the church. While mostly my response after years of building up a degree of immunity is a roll of the eyes, I felt the acute pain of younger women whose hopes and expectations have not become dulled like mine. And my hope for them is that they will never become "used" to it like I have but will keep on hoping for better, for the recognition of their calling and of their gifts and of their inclusion  - created, called and gifted, as we all are, in the image of God. My prayer is that those who refuse to be inclusive as God is inclusive will know the ostracism that they seek to create and find themselves on the margins. Or, as someone much greater than I said: "Do unto others...."
Posted by liz crumlish at 22:03 No comments: 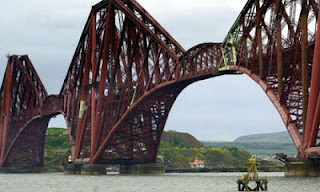 One of the images I used during Youth Assembly was the Forth Road Bridge - providing a link between communities.
At the end of NYA yesterday it was tempting to clear up and rush back home to pick up on all that had been left behind.
However, an extra night spent with new friends made on the journey, reflecting on all the opportunities that the event had provided is a much better place from which to return, ready to hit the ground running again, bridging the gap between the euphoria of the National Youth Assembly experience and whatever awaits us in the communities to which we return.The bonds forged by those sharing a common task are strengthened by taking time out to laugh and learn together before we move on.
Posted by liz crumlish at 07:41 No comments:

Things I have learned at NYA 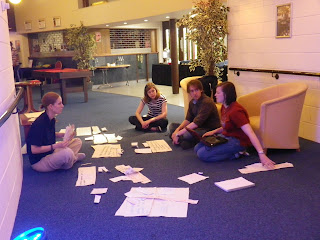 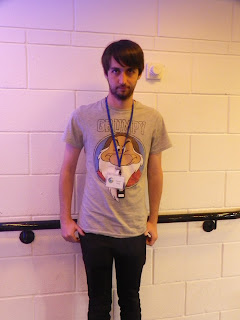 Darren, who played God in worship this morning was wearing a Grumpy T shirt.
Lots of folk think of God as pretty Grumpy - and certainly, the God portrayed in the Hebrew Scriptures does seem to have good days and bad days and is pretty fickle at times as well as blood thirsty and vengeful and generally not the sort of God you'd want to know.
Another barrier that Jesus came to break through - to reveal the God of love who created the world, who lives in the heart of all creation, in whose image we are created, the God who loves us back to faith and to life in all its fulness.
Posted by liz crumlish at 05:30 No comments: 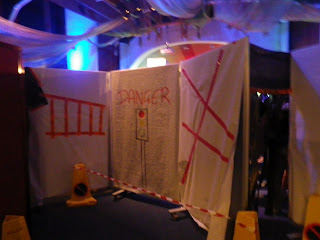 The theme of National Youth Assembly this year is "Breaking Down Barriers"
Staff worship this morning reflected on Shrek and his desire to build a wall around his swamp. As he explained to donkey: "...the world seems to have a problem with me. People take one look at me and go, "Aah! Run! a big, stupid, ugly ogre!" they judge me before they even know me. That's why I'm better off alone."
The sad fact is that folk often feel judged - particularly by those in the church.
Here's to a weekend of working on breaking down those barriers with the God who knows and respects no bounds but insists on breaking in to our world.

Posted by liz crumlish at 12:24 No comments: 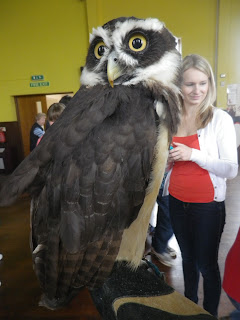 I have no idea why Chilli the owl looks bigger than Sarah in this picture. A spectacled owl, he's not huge. Owl Magic only brought their smaller birds for the children to handle at our Holiday Club. But the perspective got me thinking about the images we create and the impressions we leave as we journey through life. Often we are unaware (perhaps blissfully) of the effect we have on others. It may be that we have more influence than we could have ever imagined. Or leave a lasting imprint. That can be both salutary and humbling. A testament to the hope and trust that God places in us. Even we can make a difference as we blunder on. By the grace of God may that be a force for good, building up and affirming all God's people for all bear the image of God. The power of love helps us get that in perspective.
Posted by liz crumlish at 22:49 1 comment: 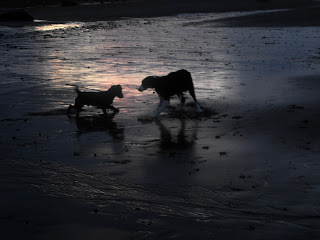 Dogs don't seem to mess about. They encounter each other and make an immediate decision - friend or foe. Our puppy, just wanting to be friends with any other dogs she meets simply rolls over and surrenders. And, of course, that inevitably leads to others taking advantage if they are so inclined. That doesn't seem to faze her. She never seems to learn - just keeps on repeating the same behaviour, believing, expecting the best of others, looking for love and not aggression, encouraging play and not competition. A lesson in love for her human companions.
Posted by liz crumlish at 21:48 1 comment: